The National Arena League (NAL) is a professional indoor football league that began play in 2017. It consists of teams based on the East Coast of the United States and one team in California.

In 2016 the former commissioner of the Arena Development League his business partners and operating members of existing arena football teams formed the National Arena League. John Gregory was named Commissioner and Chris Siegfried was named Director of Operations. The league announced to kickoff in 2017 with notable arena football teams to join the league including the Jacksonville Sharks (AFL), Columbus Lions (PIFL), Lehigh Valley Steelhawks (PIFL),  and Georgia Firebirds (AIF).

2017:
The NAL Announced several expansion teams including High Country Grizzlies, Monterrey Steel, and Corpus Christi rage. The NAL had eight teams in seven states and Mexico. The first-ever NAL championship was played in Jacksonville, FL where the Columbus Lions took on the Jacksonville Sharks. The Sharks became the first NAL champion in league history in an exciting 27-21 victory.

In October 2017, commissioner Gregory stepped down and was replaced by the director of operations, Chris Siegfried. The 2018 season began on April 7, 2018. The Monterrey Steel, Georgia Firebirds, Dayton Wolfpack and Corpus Christi Rage discontinued operations after their 2017 season. The High Country Grizzlies joined the AAL. The NAL announced rapid expansion after its first season of play with the naming of two new franchises including the Maine Mammoths, Massachusetts Pirates, and Carolina Cobras. All six teams entered the 2018 season and the expansion Carolina Cobras took the NAL by storm, the Cobras hosted the second NAL Championship and defeated the Columbus Lions 66-8 to become NAL Champions.

The New York Streets were announced as the league's newest expansion team going into the 2019 season. This followed the departure of two of the teams northernmost teams the Maine Mammoths & Lehigh Valley Steelhawks. Prior to the start of the 2019 season a revived former AFL team the Orlando Predators joined the NAL under new team ownership it was the first time the Orlando Predators played since the team went dormant in 2017. Six teams played in the NAL 2019 season including the Orlando Predators, Jacksonville Sharks, Columbus Lions, Carolina Cobras, Massachusetts Pirates, and New York Streets. The Jacksonville Sharks hosted and won the third NAL Championship game in a nail-biting 52-48 victory over the Carolina Cobras.

The 2020 NAL Season was cancelled due to the global pandemic, during that year the National Arena expanded naming the Albany Empire, Jersey Flight, and Ontario Bandits as it's newest franchises for the 2021 season. The West Virginia Roughriders were included in expansion but are set to play for the 2022. The Massachusetts Pirates decided to go to IFL and the NAL continued to plan for the 2021 season.

Despite great odds and obstacles the National Arena League kicked off their 2021 season admit the relentless hurdles the global pandemic caused on the professional sports world. Many NAL teams were forced to play in limited capacity situations due to state & venue procedures. Teams like the Orlando Predators and Jacksonville Sharks were eventually allowed full capacity at their venues but the rest of the NAL teams were forced to as few as 20% capacity for home games. The NAL made the decision to have a shorten season moving the schedule for teams to 4 home games max this meant the league would have a 10 week regular season followed by a playoff round & championship. In 2021, the Jersey Flight of the AAL and the Albany Empire of the AFL became members of the National Arena League. Returning teams such as the Carolina Cobras, Columbus Lions, Orlando Predators, and Jacksonville Sharks agreed to move forward with the shorten season of play. The league officially kicked off on May 28th with six teams and played all the way until August 14th where the Columbus Lions faced the Albany Empire who won their first NAL championship that night 79-62 in their inaugural season in the NAL.

On November 11, 2021 the San Antonio Gunslingers after one season in the AAL officially joined the NAL. This move made San Antonio the most populated city in the NAL as well as the western-most city in the league during the NAL's 2022 expansion period. 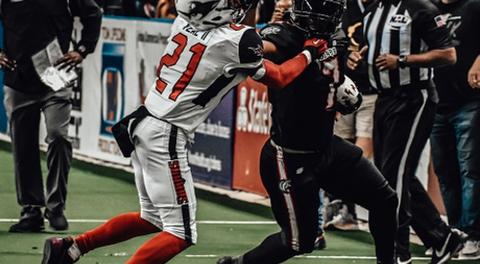 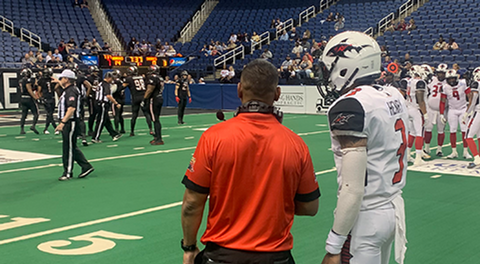 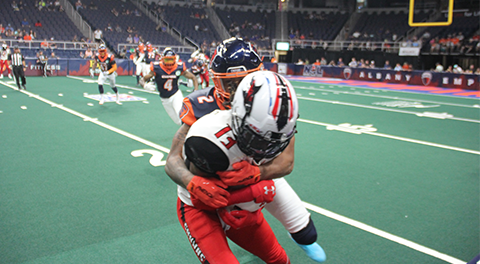 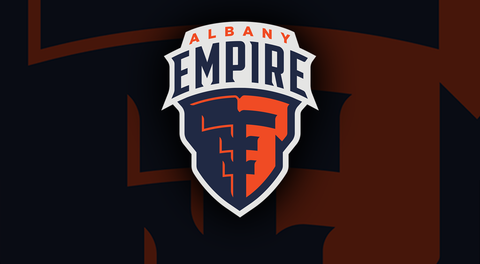